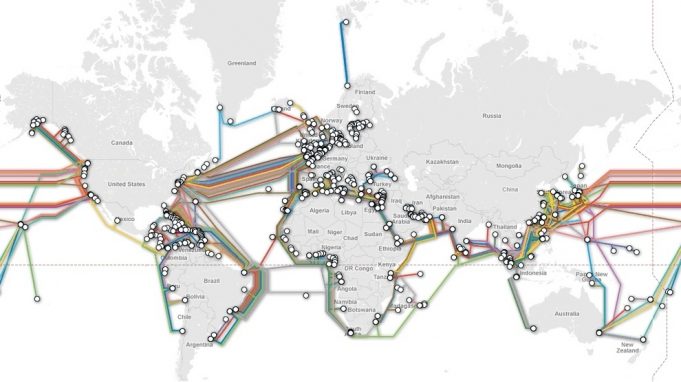 One of the world’s most famous and revered physicist of our time, late Stephen Hawking evidentially posited that today’s global society is interwoven and interspersed by the internet. ‘We are all now connected by the internet, like neurons in a giant brain,’ he said.

According to Wikipedia, The Internet (portmanteau of interconnected network) is the global system of interconnected computer networks that use the Internet protocol suite (TCP/IP) to link devices worldwide. It is a network of networks that consists of private, public, academic, business, and government networks of local to global scope, linked by a broad array of electronic, wireless, and optical networking technologies. The Internet carries a vast range of information resources and services, such as the inter-linked hypertext documents and applications of the World Wide Web (WWW), electronic mail, telephony, and file sharing.

The internet consists of worldwide interconnected devices and cables that perpetually request, transmit, and receive data.

In a 2015 report, the internet had about 3.2 billion users worldwide, indicating that the internet is accessible to almost half of the entire world. This goes a long way in revealing or determining the efficacy of the internet and its global coverage and relevance.

The internet never sleeps. It takes no nap. It is an ever functioning and evolving product of technological advancement that has changed the world forever. Thus, just like other technologies, the internet and its coverage is here to stay and is bound to spate even more and more as each year rolls by. Although it seems unnoticeable to many, the internet is constantly gaining more grounds and is spiralling in its capacity, services and societal relevance. From economic, political, social, cultural and entertainment functions to educational roles, the internet never stops giving the globe reasons to fall back to it. It is a bottomless pit of resources and a reservoir of the needs of the modern world.

Hence, it is safe to say that the internet has become indispensable for today’s age and will gain even more global relevance in the near future, as it evolves towards deeper sophistication. The internet is bringing the world together and gradually harnessing all of its content and energy, to form one global community.

The future of mankind holds globalisation in its truest sense. The internet is gradually interweaving the entire world by sharing the same information, building a common culture, entertainment, and goals. Governments, their economies, policies, national and international communications, etc are all being influenced by the faceless voice of the internet.

In fact, the internet is history’s largest community. It connects folks from all over the world regardless of race, continent, knowledge, culture, beliefs, geographical entity and barriers, etc. It avails to all the avenue to receive data or information from any part of the world and to transmit the same. It enormously aids the sharing of resources, as what belongs to one person or entity or group of people now belongs to all and can be known and enjoyed by all. The internet is so powerful that it connects the entire world by creating platforms for interpersonal communication, collaboration, and sharing. The internet is a tool that has overtime influenced its users to share similar interests and easily exposes the world to whatever it wants it to be attentive to.

For instance, earlier this year (2019), a video trended on the internet of a Nigerian young female student by name “Success Adegor.” In the hilarious but yet real and touching video of her which went viral, she was seen lamenting over being sent away from school for being unable to have her fees paid at the appropriate time.

Barely within one week, she became one of the most popular persons to have ever emerged from her community and she and her family saw copious amounts of cash and other forms of aid fly in from celebrities and other wealthy people from within Nigeria. Since then, her life and that of her family has changed for the better and it all came as a shocker from the internet. Her story also exposed the loopholes in the educational system of her state (Delta State) and by extension, Nigeria.

Such is the power of the internet. It has connected the whole world (the poor, the middle class, and the rich). Every individual can now be aware of the presence and the condition of the other. Success Adegor is just one amongst myriad examples of how much the internet has connected people and how much it will do in the future.

The social media most especially has been used to agitate for such people and raise massive funds to support them. The internet has connected people, making them unavoidably one. It has made humans dependent on each other.

Since the windows to our minds are our ears and eyes and the internet feeds these, it is therefore expected that the internet shapes the way we think.

Also, since the way we think or what we think determines our actions and decisions, the world automatically comes under the control of the internet. Faceless as it is, the internet defies individual decision makers by speaking for itself and deciding for itself. The internet controls global thoughts and actions.

The internet is gradually but steadily integrating people, companies, organisations, institutions, and governments worldwide and such will spiral in the near future, as technology evolves towards further depth. As the internet continuously connects people via interactions, international trade, exchange of ideas, cultures, resources, knowledge and information, and even entertainment, interpersonal ties across the world is bound to deepen.

The internet is gradually making the world a single community and time would foster the process. A global synergy is coming and nothing will be stopping its deeply rooted connectivity. Our lives will be changed!

Make it count for you.

End of the year note

The Battle Of The Mind