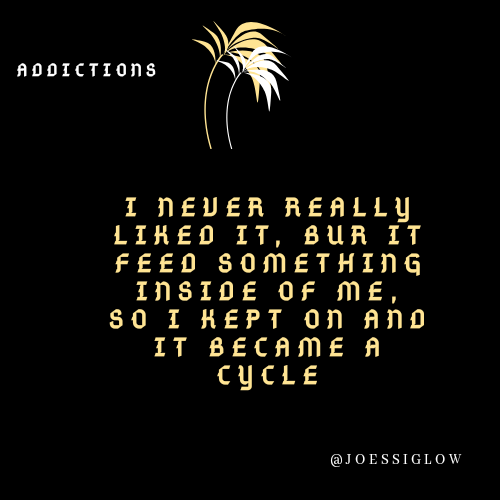 I wish one could be able to tell with certainty the time in minutes and seconds when the loving hands of sleep pulls us into a reality far from this physical reality then it would be probably easier to know when we sleep into addictions. It’s a thin line to cross.

Virtually every addicts today might just remember their life before addictions became fully functional and after it became resident. They never really liked it, but it feed something in them unconsciously so they kept doing it and bit by bit it became a cycle that they are trapped in.

It’s starts from the first day you pick up that drugs, took few drag of weed, stared on that magazine lustfully etc. And gradually build up to become a cycle.