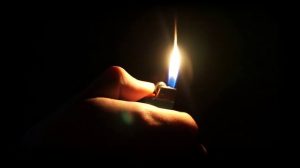 “What is wrong with me?”
I thought as i stared at the lighter i was holding. Here i was, at the bus station. I had already walked miles from home. I took my lighter thinking it was my inhaler while hurrying out of the house to avoid missing the bus. The bus I rushed out for hasn’t gotten here yet. I prayed I’ll be able to stay away from dust the whole day as going back for the inhaler wasn’t an option i considered.

Minutes later, where i was sitting at the bus station, a young man walked up to me. He held out his cigarette and i heard “ma’am could you help me light it?”. He had probably seen the lighter. It was still in my hands. “Oh! Of course.” I offered him the lighter and he lit his cigarette. He sat close to me and he thanked me as he returned my lighter.

He tried initiating a conversation as he smoked and we talked about a lot of things from my Job to where i live and a whole lot of interesting topics.

Minutes later, i could feel my chest tightening. The air around me seemed to be withdrawn and i started coughing then i remembered; I was asthmatic! Gradually, i found myself wheezing. Everywhere started getting darker. I could hear shouts but I couldn’t make out who was shouting. It was all darkness.

I opened my eyes. Looking around me i realised i was at the hospital. My husband was right beside me. Then the bus station guy, “why did you offer me a lighter or let me sit beside you when you knew you were asthmatic?!” I smiled. My Husband looked at me in a questioning manner. “You could have died, you know” he said. He appeared concerned. Where i was lying i kept smiling. I don’t know why but I felt i had passed a message.

What message is your life passing?.