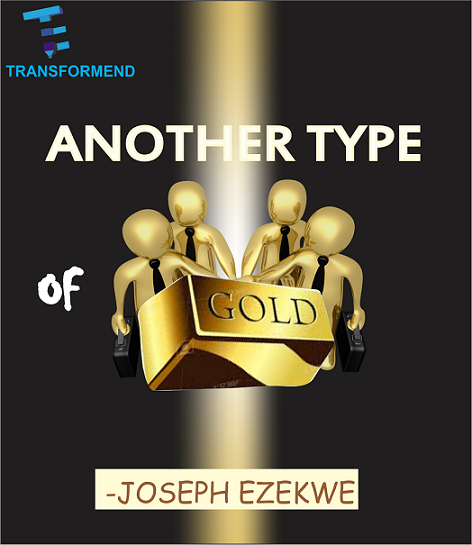 Another Type of Gold

Gold was first discovered in contemporary times in the United States in January 1848 and James Marshall’s name made headlines. He found something shiny in Sutter creek in California while overseeing the construction of a sawmill and just like the Archimedes and eureka, Marshall called out to his boys saying “boys I have got her” and in December of the same year the discovery was backed up by the president and it ushered in the era of the gold rush.

Asides the gold rush story, another story of a farmer caught my attention, he owned a farm in California and probably had no hopes of finding gold or didn’t know how to go about it. He had a friend who came around whatever the motive was, this time it was bound to be positive. They had a conversation on the possibility of gold present in his farm, the farmer hesitated a bit but his friend presented a good bargain that placed him on a position of nothing to lose, he consented with an agreement that if gold is found they would make the sale and split the profit.

Most farmlands at that time were privately owned so no need for a legal warranty. The friend brought his instrument to survey the land with the hope of finding gold. I can imagine the farmer telling his friend not to stress it as his many years of farming hasn’t revealed any clue of a gold mine. But the friend kept on and in a short time, he observed a crack and traced it, with few centimeters of digging he found a shiny piece of material. It was gold! Much of it and I can only imagine the excitement in the heart and face of the farmer and his friend. History suggests that their net profit was in millions of dollars in today’s money.

But wait, even before the discovery of shiny stuff called gold, there has been another type of gold. History has had a record of another type of gold, one of the earliest record of this other gold was the bible account of David and Jonathan. Jonathan became the friend of David when he came to minister before his father king Saul. Their friendship blossomed and by that relationship; David’s life was spared and he was able to reach his destiny of the throne.
And many others.

You might say that this is the 21st century and all the gold possibly available has been discovered, or it is impossible to find the bible’s David or Jonathan. But there are still gold mines even in this time and age yet to be tapped. but the gold isn’t the precious of stones but the precious bond of relationship.

Does the phrase “you are just one connection away from your dream” rings a bell? In this time and age, the new gold is friendship, valuable relationship with people and in places that matter. Our ability to build an awesome web of relationship and leverage on it can give us the gold our soul desires.

Few lessons we can learn from the farmer’s story that is still applicable in this time:

The real gold this time is relationships and the language is called networking. if you have it you will do big things effortlessly. I am not talking about a surface connection just for personal profit and stuff, but a deep genuine interest in the next person, their goals, and desires.   it also includes the need to sacrifice something.

So many company’s success wouldn’t have been possible without friendship and relationship. Transformend website was done for free all thanks to a friend. Big companies like Facebook and co, once pegged on relationships for sustenance and breakthrough.

The reality is, you can’t do it on your own, you can’t learn everything, you need people, relationship to get you to your sure destination. This is the real gold of the time!