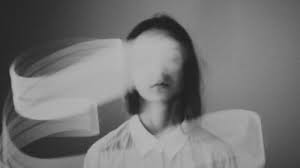 Felix and Ken have been friends since childhood. They both attended the same primary and secondary school. They were close to the point people often regarded them as blood brothers.

They would often pass the night in each other’s house with or without their parents consent but neither of their parents ever complained.

They both got into a ridiculous fight this fateful day which almost claimed the life of Felix and landed Ken on the other hand in police custody. It was there he (Ken) narrated what transpired between him and his so-called best friend.

Ken: We were both playing and chatting as usual and I was peeling orange for both of us. After I gave Felix his orange and was peeling for myself, Felix started again with another of his annoying lies.

Felix: (Eating orange) Ken, you know I dreamt again last night.
Ken: ‘Felix the dreamer’, if it is another of your silly lies that you call dreams, it is better you keep quiet and say something else.

Felix: At least you’ll listen to this one…
Ken: Cos the last time you dreamt, you saw me becoming a barber and you a business man. You know it was my dad who stopped us from fighting then.

Felix: In this dream, I actually didn’t see you but I saw myself becoming the president of Nigeria
Ken: (Laughs hysterically), now I just confirmed you are so unwell
Felix: (Angry…), how do you mean?

Ken: You that I know (laughs), better do and become a classroom teacher cos that’s where your calling is not Aso Villa
Felix: You keep standing against and disapproving every of my dreams that I tell you. Wait a minute, is it your dream or were you with me in the dream? What exactly is your problem?

Felix in his anger stands and slaps Ken and both got into a fight. Unfortunately for Felix, he was at the receiving end of the knife Ken was using to peel orange. At the intervention of people, Felix was drenched in blood and rushed to the hospital while Ken to the Police station

Men and women who have made it and had their names written in the sand of time didn’t attain that feat by just sleeping, dreaming and recounting their dreams only but to sleep and dream again.

Instead, they gave their all to their dreams and visions. They chased each dream that they might see its actualization. In the face of challenges, discouragements and obstacles even from friends, they never gave up but remained focus.

Get up from your sleep and slumber! Stop speaking much!
Stop recounting your dreams especially to average minds that wouldn’t believe or support it.

Be disciplined, determined and dedicated to see the actualization & materialization of your dreams
Majority wouldn’t listen to your stories, others wouldn’t believe until they see your results.

Let your results and successes speak for you!