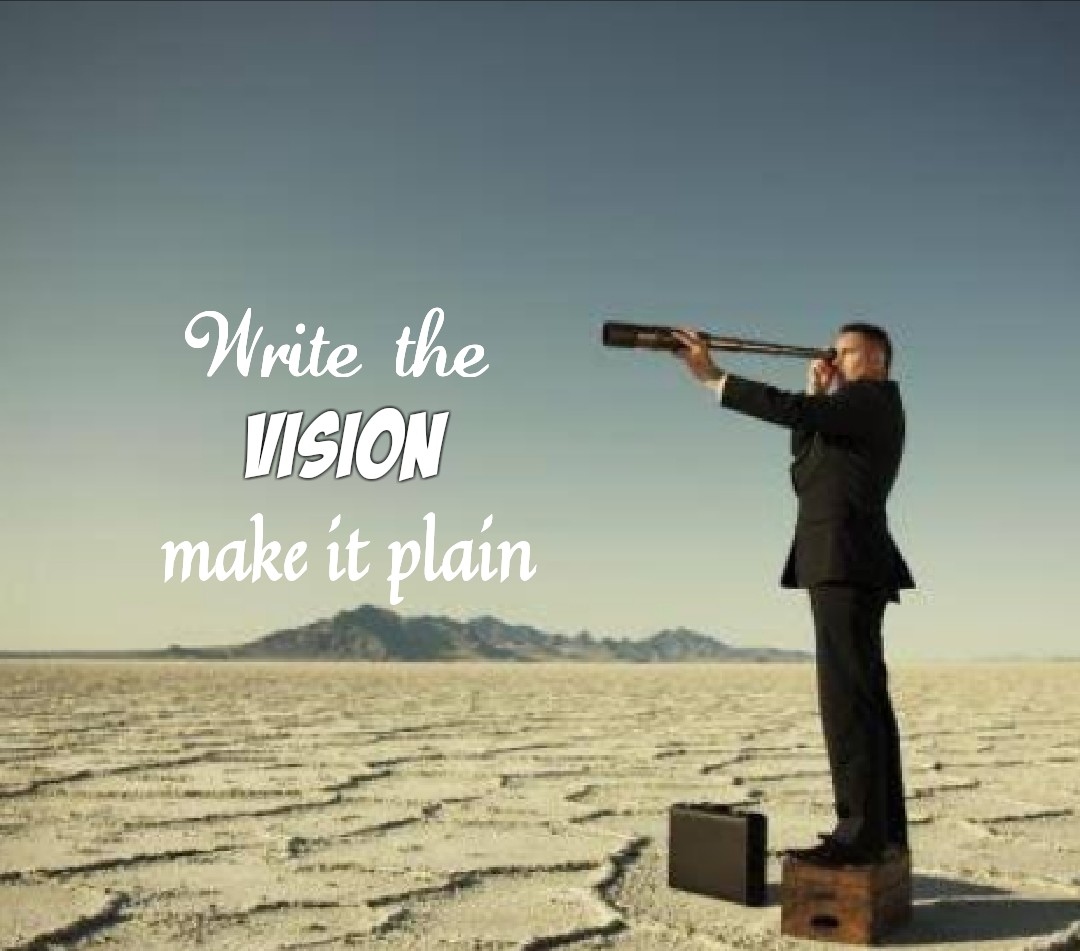 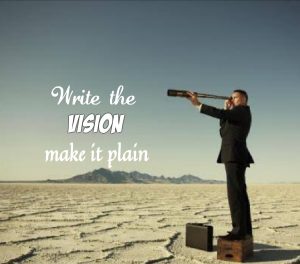 “Write the vision; make it plain on tablets, so he may run who reads it. For still the vision awaits its appointed time; it hastens to the end—it will not lie. If it seems slow, wait for it; it will surely come; it will not delay.”

Between the final week of last year and this week, I have seen diverse quotes to propel me to invest on online schools, motivational proposals to join a community that will inspire my year; I read mails that gave keys to being a better blogger, and all sought of things. So much for starting a new year and everyone is making a fuss about it. But why do we always get this hysterical at the beginning of every year? We always repeat the same thing and just as the second week begins, we slide back to the way our lives have been over the past years, throwing away all our plans to quit one habit or the other, and ditching our resolutions.

We run around in circles, and now we are too familiar with the maze we have allowed to imprison us. I stand guilty of making plans only to throw them in the trash five minutes later; but the question is, do we keep running this rat race or do we pull out of this death trap?
I was reading a book, and a question came up, it said, “where do you see yourself in five years?” I was taken aback, but immediately I told myself, “I do not know” but after answering myself I began making plans in my head. Mind you, that was a revised edition of the one I made the day before; and every day I kept changing it because I had no direction. I often change it then, once I discover something new.

then I would joggle up every suggestion I see in a book, on the bill boards, in a movie, while talking to a friend and so on. I was getting unnecessarily stressed doing what I was meant to do and what I did not need to do at all. Constant headache and pain relieving pills were the answer I procured until I discovered I could do less and achieve more by having a vision.

A vision gives you a clear picture of your destination, and then all you have to do is work on the path to get there. Helen Keller said, “Not having a vision is worse than being blind” a blind person can still find his way by using a stick or asking for help, but a man without a vision does not even know if a way exists, he is used to staying on the spot or walking around in circles like a tethered goat. You do not have to make plans on resolving the same habits every year if you run with a vision.

Last year, I went to a friend’s place and for the first time I saw something remarkable on his wall; it was cute and beautiful to behold. It was not a painting neither was it a figurine; it was a framed vision hung on the wall. Every day he wakes up, he sees it, he reads it, and he lives by it. He did not write it on his mind; he wrote it out of his head and framed it like a beautiful painting to be admired. He did not paste it in his wardrobe where all the clothes and shoes would cover it up and he would not even remember having a vision. I am not implying that it is not good to hang a painting or a picture; In essence, I mean deliberately remind yourself about your destination. You are your own change and it is whatever you will, that can create a way for you. You purpose in life is infinitesimal to a much more cosmic purpose that entails the 7.7 billion people on the earth.

I have often pondered on why I lose focus after a few month of pursuing a vision; naturally, our vision is bigger than we are. It is to be larger than reality can accommodate at that time. Therefore, it may drag us into depression if we are not careful, but since it is for a stipulated period and that duration is not any to time soon, we should break it down into short-term goals.

The path to making your vision a reality is often foggy, the visibility may be low, but when you break it down to stages, mark your achievements and celebrate them; well, you are on the way to making it. Note that your life is not just about you! However, whatever you become and what you allow to eat up your time depends on you; no one else, you cannot cast fingers to blame others for your life’s outcome. Yet you must consider the people around when you make your decisions.
Let’s live and let live this year; Happy new year from me to you!