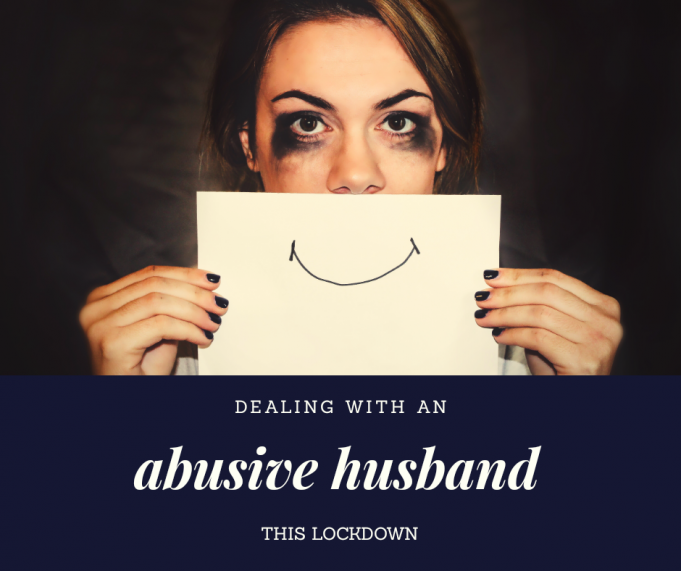 It all started when he used hash words with high tone at me three years after our wedding. I thought that would be the highest length he would go, but to my greatest surprise the once love of my life began to hit me, he’d hit me so hard I faint at times, I went to my uncle to report because my parents are no more, he said I should go back to my husband’s house his wife added that it’s a normal thing.

I found some little truth in what she said, because my father use to beat my mother when they were alive. I thought he abused my mother because he was always drunk but here I was, my uncle and wife is selling it a culture to me, things like this was considered normal. I thought I had escaped all this.

I was working at a secondary school which closed around 12pm but when all this abuse started I switched to working in a bank, it helped me stay away from the house longer than usual just to spare myself the humiliation caused by my husband’s fist.

I once thought of divorce but I never brought the thoughts into action because many ladies like me came to me for advice on how to solve some certain issues in their families and I felt It would be really bad if I divorced my husband, coz I would not be able to bear the societal stigma.

This covid 19 lockdown and stay at home has caused me a great deal. I got pregnant three months ago and since then my husband never laid hands on me, he treated me for the first time in a long time as the only woman in the world but few days before the lock down I had a miscarriage losing the twins I carried. It brought pain to me and my husband.

The painful part is that he blamed me for the miscarriage and has beaten life out of me since then. The lock down is so strict where I live and so I can’t even come out of the house. my husband has turned me to a punch bag, he said he was going to teach me a lesson during this lock down so that I will not lose the next pregnancy, the distressing part of it is that I am hurt physically and emotionally.

Yesterday he forced himself on me and physically abused me with punches in the process. he punched me till I fainted, I woke up hours later and found myself naked with blood on the sheets which I laid, did I fail to mention he is a body builder and a boxing coach. My life is a complete living hell, my left eye is swollen and half closed, I lost a tooth and I can’t walk properly in the house, its two weeks and one day since the miscarriage and it feels like a year.

Sometimes thoughts of suicide come to mind but I never give in.
I know that I am not the only one in the situation, right now wives and kids are being molested more because their domestic molesters are at home with them 247 and have no place to run to, I want to say that I am in the same shoes as you and I don’t know how but this will soon be over, the light no matter how far it seems to till the end of the tunnel please don’t take your life, endure this trail it will make you stronger I promise.

THE WOMAN: THE HOME MAKER

SHOULD I HAVE A JOINT ACCOUNT WITH MY SPOUSE?