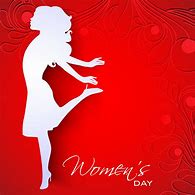 HAPPY INTERNATIONAL WOMEN’S DAY!
We celebrate every woman out there; we wonder what this world would have been without your presence!

Let’s enjoy this hilarious story below:
“This scenario played out between Jerry and his lovely wife Ella.
Jerry was to watch a UEFA Champions League Final Match, scheduled for 9pm, Juventus Vs Man United precisely. He needed a thousand naira to complete his DSTV Subscription that evening to be able to view the match at home considering the nearest viewing centre was a distance away and the match would be finishing late into the night, he wouldn’t want to take the risk of watching outside his house.
Jerry was disturbed and decided to loan from his wife a thousand naira. She agreed to loan him and he was able to subscribe and watch the match.
Three days after, Jerry returned from the office happy having gotten a bonus pay of fifty thousand (50,000) naira for a contract his company was just awarded. He decided to share his excitement with Ella his wife; he gave her twenty thousand naira from the fifty thousand naira to go shop the next day.
Surprisingly, after she said thank you, the next thing she said was “Honey, you are yet to pay me the one thousand naira you loaned two days ago’’
Jerry is still shocked and surprised up till now…”

It is said that women’s affinity for money is second to none and that 70% of women would behave just the same way as Ella did!
How true?
Drop your comment and lets know your view.
Happy International Women’s Day From Transformend!

Dealing with an abusive husband in this lockdown

THE WOMAN: THE HOME MAKER