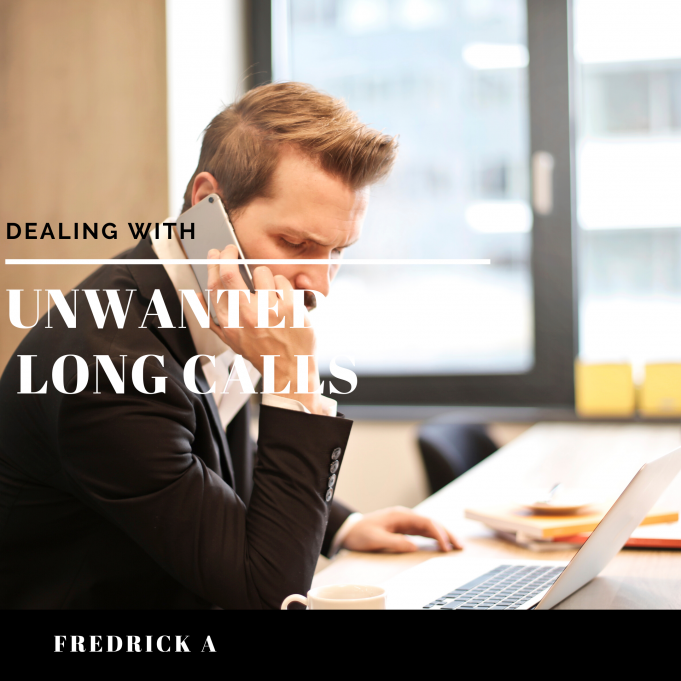 In our first part, we began to unveil ‘clean ways’ via which one can satisfactorily deal with those annoying or/and offensive calls that seem to never end.

As earlier explained, the issue with such calls isn’t just that they are endless, but that they are unwanted. They just seem aimless and purposeless.

There are certain people that would buzz you and you just begin to wonder if their parents are the owners of the mobile telecommunications company they are using (but then, you remember you know them. They are not anything near ‘rich’). You begin to guess if it could be bonuses from their network providers (but how come the bonus is almost daily, since they demand for so much time every single time they call?).

The best thing to do isn’t to continually seek to know the secret behind their airtime. The most profitable thing to do is to try to figure out ways to bring their calls to an end OR discourage them from keeping up with such lengthy calls.

Last week, we discussed two approaches to this matter (the appreciation approach and the care approach).

The appreciation approach entails thanking them for calling somewhere in the middle of the phone conversation. This is psychological. It ‘low key’ notifies them that the call should be rounded up OR brought to an abrupt end.

On the other hand, the care approach involves saving their precious airtime for them by reminding them that they must have other pertinent calls to make, hence the need to round up the one with you. These methods are sure to work almost every time.

However, last week, we mentioned that some callers are obstinate enough to not let these methods stop them, stalkers especially. Resultantly, we resolved to uncover a few more approaches (remember, no lies 😁).

THE BUSY OR WORK APPROACH.

No individual yet to run mad would scale past this technique if you use it properly. Here, all you have to do is let the caller know how preoccupied you have been or how busy you currently are, either with work, a personal project, an errand or a chore.

If you too are an orderly person, this can never be a lie, no matter the time. Every rational person has daily duties and obligations, whether they are self-given or they have been deputed to you by someone else. This is the right time to recall one and set off to do it, even if it’s one you had postponed already.

Find something to do with that time. Put it to good use (all to keep in line with the plan of avoiding evasive lies 😁). You aren’t jobless. Are you? Let the person know you’ve got stuff(s) to do.

Be bold to tell the caller (does this even require boldness?). Know what you want and demand for it. Let no one steal your valuable time with cheap or meaningless long talks.

Most times, it’s best to come out blunt (not rude, but straightforward and plain, in a sane and peaceful tone). The reaction of the caller afterwards would reveal whether or not they are civilised.

Not everyone is a fan of phone calls, talk more of long ones. Depending on your kind of relationship with a person, every conversation has its boundaries and liberties. Civilisation teaches you that every individual is unique and has certain peculiar ethics by which he/she lives.

Sometimes, all we need to do with callers who engage us in aimless long phone conversations is to kindly let them know, either during the call or preferably, in a text afterwards that long calls don’t really go down well with you. Let them know you can’t always engage in such calls. Also kindly explain a few reasons why (if you have).

In the end, life isn’t as hard as most people suggest. Being kindly straightforward will save us from a lot of aches that other methods won’t.

Have your rules and let people know how to relate with you, in love.

CRUCIAL ISSUES OUR GOVERNMENT MUST PAY QUICK ATTENTION TO