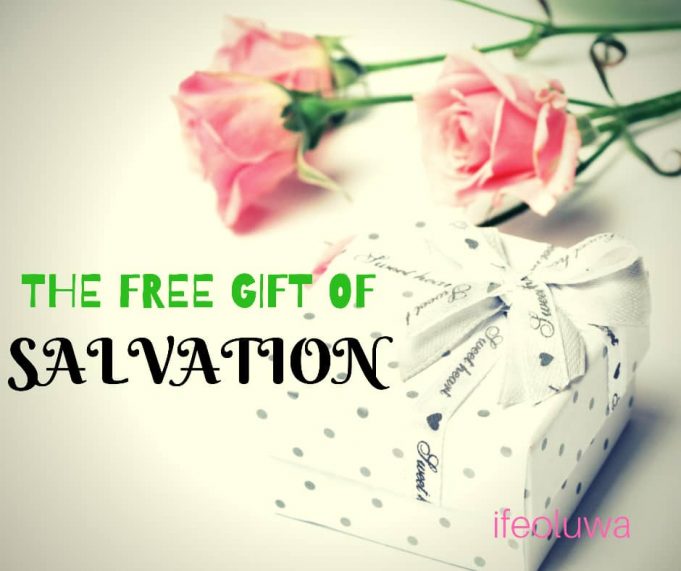 You know what it’s like to receive a gift? Ever felt the feeling of getting something you really didn’t have to work for, given to you voluntarily, without charge but at someone else’s expense? Saul had this experience, he got this on his way to Damascus.

I don’t remember reading that he left his house that morning searching for who’ll hand him a gift. He wasn’t even prepared for what he was going to meet on his way to Damascus. He just walked out, like every other morning to do his thing. I can guess he was just about getting to his destination or just starting the journey? When he saw that light… After the light, there’s always the voice.

‘Saul, Saul, Why persecuted thou me?’
So many words said, some left unsaid but there was this one… ‘It is hard for you to kick against the pricks’. Why that? Because Salvation was his already, it’s for all but he was trying to go against the original plan.

Like a call, it comes to every human. You just almost get to that point in your life where you realize all the gifts you have been receiving aren’t enough. Your soul would be yearning for something deeper, a gift that’ll last till you take your last breath. It’s Salvation- God’s gift to man.

You can’t kick against these pricks. It will be hard to, when you see this light that stems into a dialogue, turns out to be a call which would later be a gift, you shouldn’t reject it.

Matthew didn’t, there was money,he was busy, he could have turned his back on the gift but as soon the call came, he accepted it. They knew him as the tax collector, we know him as one of Jesus disciples.

James and John, the fisher Brothers didn’t reject the gift either. There was food, they were not hungry but the gift of life, abundant life is much more than food can supply. They dropped their nets, left it all and followed after Jesus-the reason this gift became realistic! They called them fishers of fish, we remember them as fishers of men!
I see you, thinking you are too stain filled to accept this gift.

You think that so many things that shouldn’t be in the picture has occupied the space for this gift to fill. Remember Zacchaeus? Short dude. Involved in so many shady dealings with the government and his people. A modern day picture of a thrift collector. All he wanted to do was see Jesus, he had the least idea that the gift could be his too but when he was told ‘this day salvation has come to your house’, he received the gift with open hands.
You, yes You! This day this gift has come to the door of your heart.

What will you do with it? Accept? Reject? The later is a bad decision, remember it is hard for you to kick against the pricks. Salvation is yours, this gift was bought at Jesus expense. It’s not yours to worry about the invoice, your part of play is to accept the delivery and appropriate it. I mean, accept Salvation – God’s gift to man!

Building the Right Foundation for your Life